About Us Board of Directors 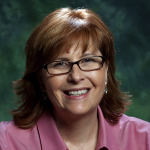 Lisa Parisot is a media savvy visual storyteller with 25 + years experience. This Emmy award winning former television news and documentary producer has written documentaries, produced series and features for Dallas area broadcast news organizations. She produces personal histories for families that include original and historical video, photos, narration and music. Lisa also creates video vignettes for use with social media sites. She volunteers with area non-profits including a Wish with Wings and offers consulting services on visual storytelling for nonprofits, businesses and government agencies. Her passion for visual storytelling and working with people includes several years in the classroom working with future journalists at the Mayborn School of Journalism, Medill School of Journalism and Texas Christian University. She is currently pursuing her passion for still photography and offers her fine art images for viewing and sale at www.lisaparisot.com and follow her on Instagram @lisaparisot.
Malizy Scruggs 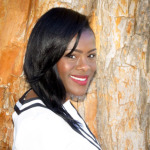 Malizy Scruggs is chief strategist of Christian Madison, a public relations company specializing in the beauty, health and wellness industry. Christian Madison has a particular sweet spot for reaching women, youth and children. Recently, her work was recognized byPR News for the “We Are Doc McStuffins” social movement. Now, as an instructor at her alma mater, The University of Texas at Arlington, she shares her expertise with executives, business professionals, marketing and communications students. Prior to founding Christian Madison, she served as senior vice president of Fort Worth-based PR agency, OCG PR where she led the company’s communications and public engagement practice areas. In 2012, AdColor® her OCG PR team received the CNN MVP Award for its collaborative partnership and body of work executed with Fleishman Hillard on behalf of AT&T. An Arlington resident and true Maverick, Malizy holds a Bachelor’s in Public Relations. Follow her on Twitter @malizy.“I love film and the arts because they serve as conduits for limitless creativity.” 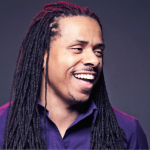 Ya’Ke Smith, known for his unflinching and veracious style of storytelling, is arising voice in independent cinema. His films have received world-wide acclaim, screening and winning awards at over 80 film festivals, including The Cannes International Film Festival, The DC Shorts Film Festival, The Austin Film Festival, The Dallas International Film Festival, The Urbanworld Film Festival and The American Black Film Festival. His films have also screened on HBO, Showtime, BET and PBS. He is the recipient of a Director’s Guild of America Student Film Award, a regional Student Academy Award and an HBO Short Film Award. His short film, “Katrina’s Son”, was eligible for the 2012 Academy Award in short filmmaking. His debut feature, “WOLF”, which NPR called “an impressive piece by a young director,” premiered at the SXSW Film Festival and went on to win awards at festivals across North America. WOLF is currently available for purchase via iTunes, Amazon Prime and other digital platforms. His latest short, “ dawn.", will premiere on HBO in February 2015. Ya’Ke has been featured on NPR, CNN, HLN, Ebony Online and Shadow&Act.Ya’Ke graduated with his B.A. from the Communication Arts Department at the University of The Incarnate Word and his M.F.A. from the University of Texas at Austin’s film program. He is currently the Morgan Woodward Distinguished Professor of Film at the University of Texas at Arlington.
Larry Powell

Larry Powell is an Arlington, Texas marketing & advertising consultant, real estate agent & investor, and educator. He started life as a visual artist at an early age, constantly drawing, painting, and creating. His career and life path was chosen almost immediately once a first-grade painting he did of a cowboy won first place in a citywide elementary school art contest. He continued along this creative path throughout school, becoming an accomplished fine artist along the way. And eventually he chose Art as his major in college.Larry began his professional career as a graphic designer and advertising agency art director enjoying many accomplishments. He spread his wings to become an entrepreneur, college professor and businessman. He worked for a variety of prestigious design firms and advertising agencies before founding and managing his own advertising and marketing firm, Larry Powell & Associates.Larry now shares his considerable industry knowledge and experience by speaking, lecturing, mentoring, and consulting locally, nationally and internationally.
Powell’s activities with local and national organizations have included serving on the board of directors of the Dallas Society of Visual Communications, board of trustees of the Boys & Girls Club of Greater Dallas, member the American Institute of Graphic Arts, Dallas Chamber of Commerce, Dallas Black Chamber of Commerce and D/FW Minority Business Development Council.A native Texan, Powell earned a Bachelor of Fine Arts from the University of Texas at Arlington.
Marcus Warren
Marcus Warren is media veteran with a career spanning 35 years as a writer, producer and editor. His experience includes major market TV news production, producing local and syndicated television programing, corporate video production, both as a staff producer for a major retailer and as a freelancer and consulting. Marcus has a documentary in development on the life of an historic old west figure and is working on pilots for a couple of magazine-style television shows. Warren is passionate about helping to grow a vibrant media and film production community in North Texas. He is the founder of the Color TV professional networking group and is a core member of the newly formed Arlington Film Society.